Stencil Stuff and Spray Stuff "Combo Pack" Purchase both as a combo pack and save $5.00

Stencil Stuff* Products. Stencil Stuff* was developed in 2005 by Professional Tattoo Artists for better detailed, precision tattoo stencils that help achieve longer lasting stencil artwork. Stencil Stuff* is a creamy lotion that has been laboratory formulated and tested to be non-toxic and safe for most skins. Stencil Stuff* makes the transfer crisper, cleaner and sharper than using all other traditional methods and eliminates the possibility of cross-contamination. Stencil Stuff* eliminates the need to bloodline or gray line. It also works exceptionally well if outlining is needed or desired. If there is a need to remove the transfer stencil for repositioning, it can be removed with their new product "Prep Stuff." The original thermal copy stencil can be reapplied many times without the worry of using damaged stencils or having to make another. 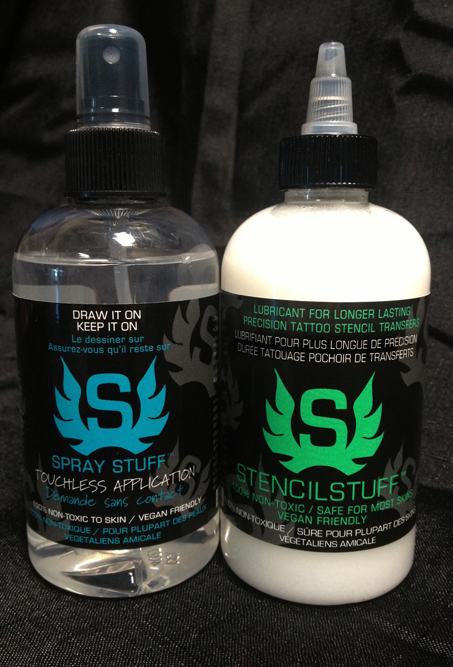